Steam locomotives museum in Reșița provides us a true history lesson. 16 steam locomotives are exibited outdoor, of which 14 were produced in Reșița. One of the most important exhibits is RESICZ locomotive, which was built in limited number (3 units) and you can admire it right at the entrance to the museum. The museum was founded in 1972 by the Engineer Mircea Popa, at that time the Director of Machine Building Plant in Reşiţa (UCMR). The inauguration of the museum marked the 100th anniversary of the beginning of the production of locomotives in Reșița. In the tourist attraction you can see a variety of exhibits with different characteristics and sizes, from locomotives used on forest railways to locomotives used on industrial railways. 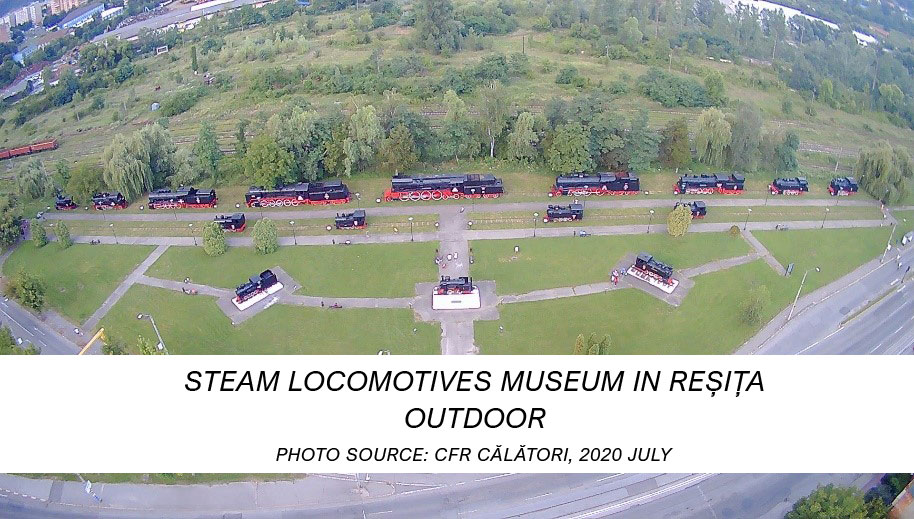 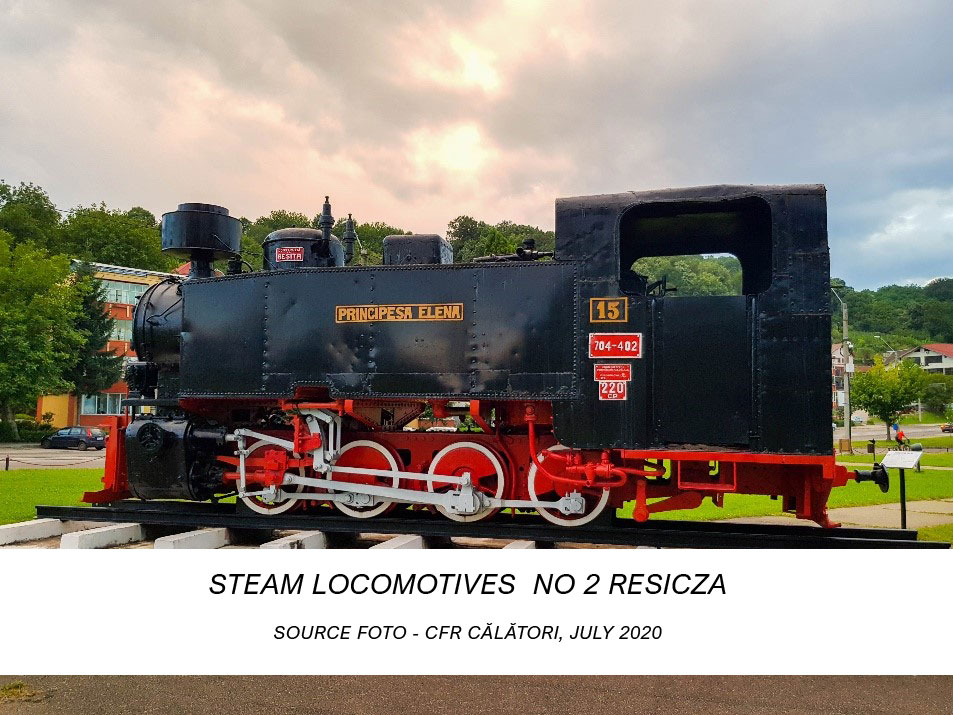 „Resicza” No. 2 steam locomotive is the first built in 1872 in southeastern Europe, at Reșița locomotive factory, based on Szekul locomotive built in Vienna – model no. 1 of the Scottish Engineer John Haswell. Szekul model was put into operation on the 950 mm gauge industrial network of the the Steel Plant in Reșița, where there were three steam locomotives identitical to this model, the first being Resicza, and the other two, „Bogsan” and „Hungaria”, which were scrapped in 1937. The length of the locomotive is 4,48 m and the service weight of 11,5 t. The locomotive was designed for a 948 mm gauge and was used into operation between 1872 and 1937. In 1961 it was recovered and saved from scrapping from Câmpia Turzii plant yard by the Chief Engineer Mircea Popa.

Another important steam locomotive from Resița Museum is of 704.402 series – “Principesa Elena”. Is it the second steam locomotive built on the teritorry of Greater Romania, in 1925. After being taken out of service in 1970, the locomotive was brought to the museum and given a central place. The first locomotive of this series, Principele Carol, 704.401, was scrapped and is not exhibited at Reșița open-air locomotive museum. The 700 series of superheated steam locomotives was developed by the designers of the new Locomotive Factory set up after the establishment in 1920 on the StEG structure, of the company Uzinele de Fier and Domeniile Reșița (UDR).

In the European Year of Railways, find out more about railway history!
Get on the train! 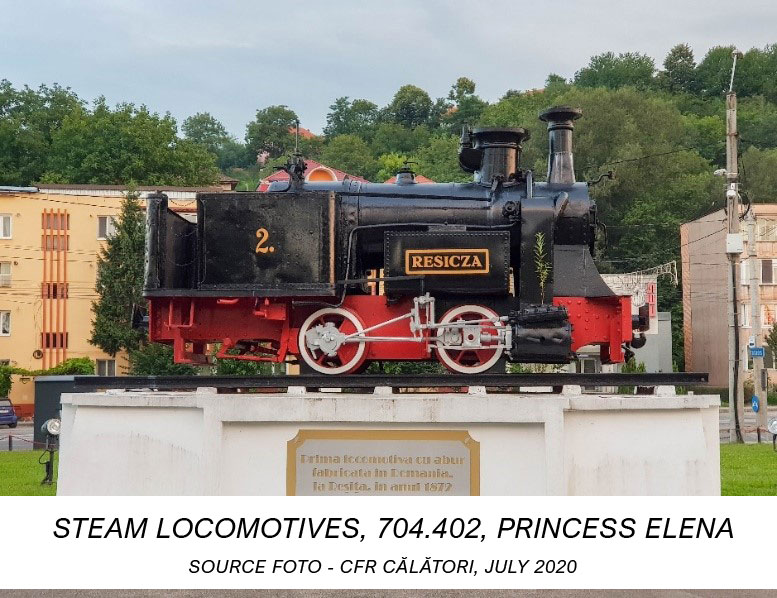 Accesul în muzeu se face fără plată.
Access to the museum is free.
Unil 1964, the locomotive factory in Reșița produced a number of 1.491 steam locomotives, after which, during the same year, the production for the manufacture of diesel and electric locomotives moved to Electroputere Craiova.